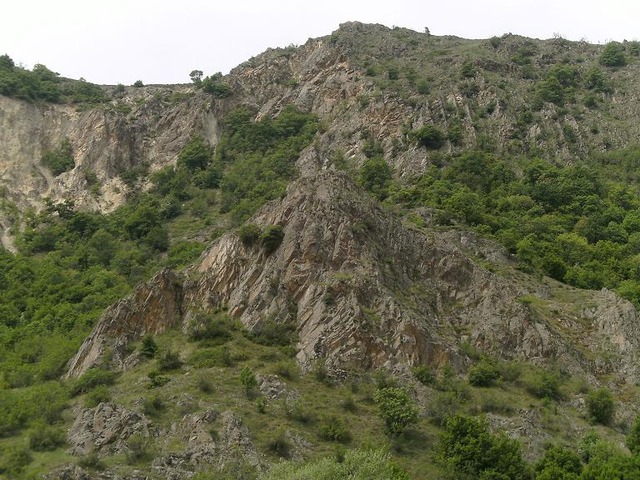 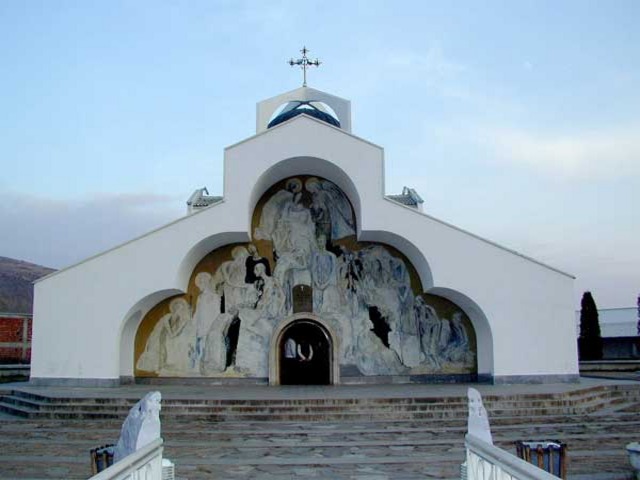 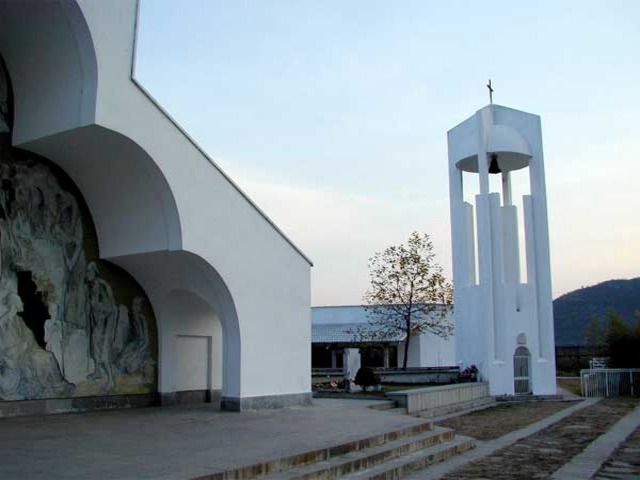 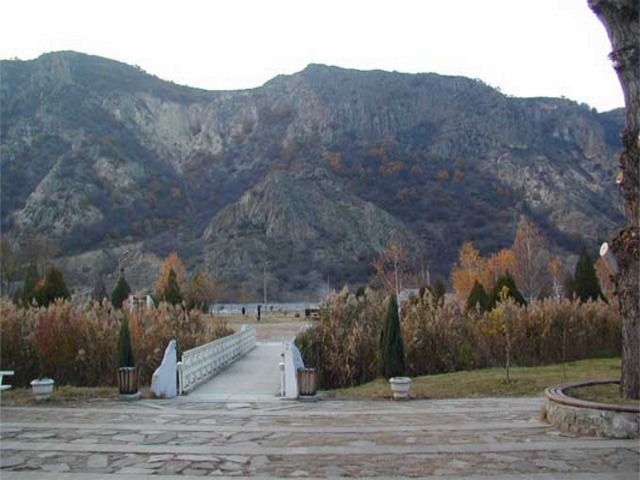 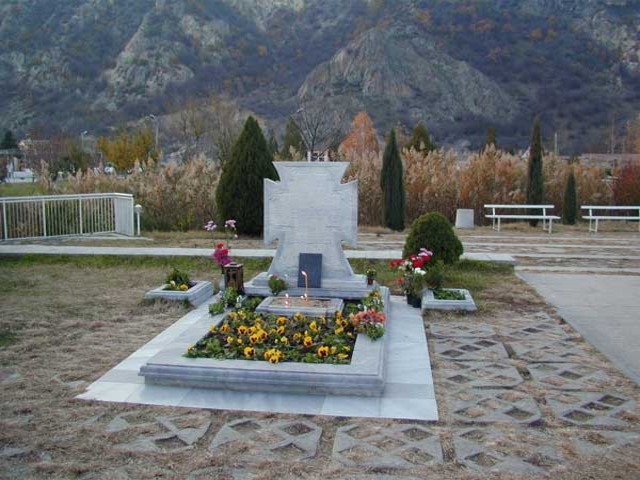 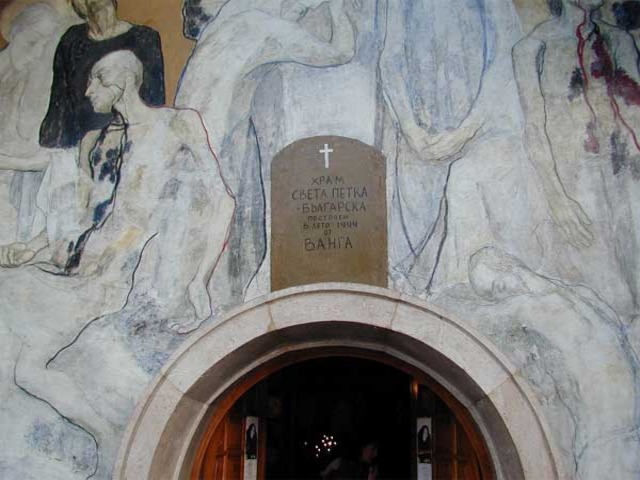 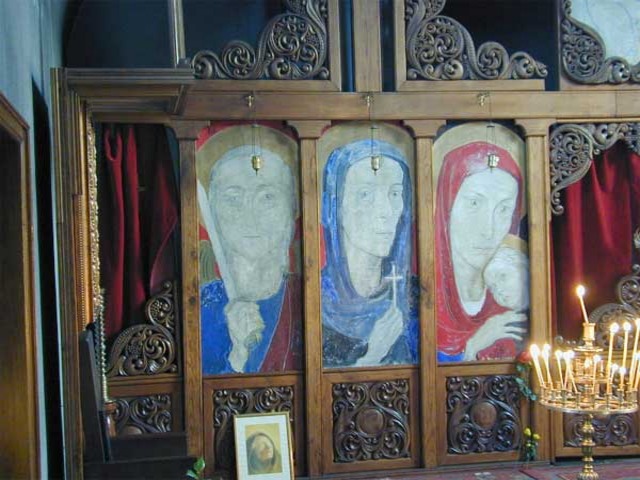 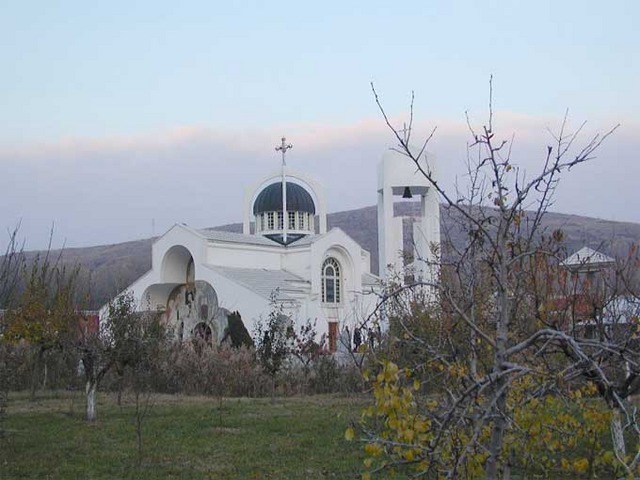 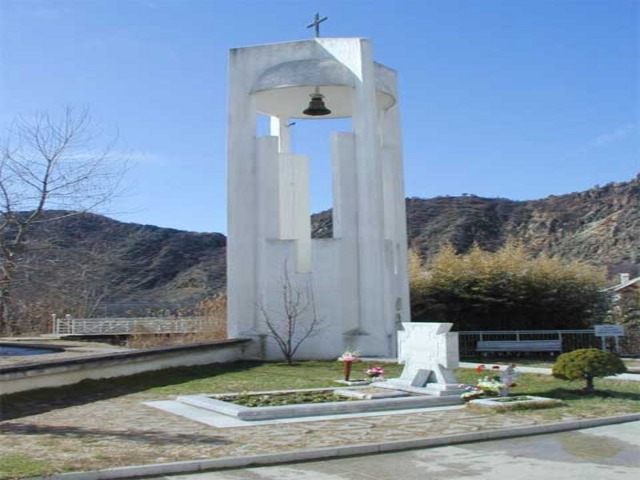 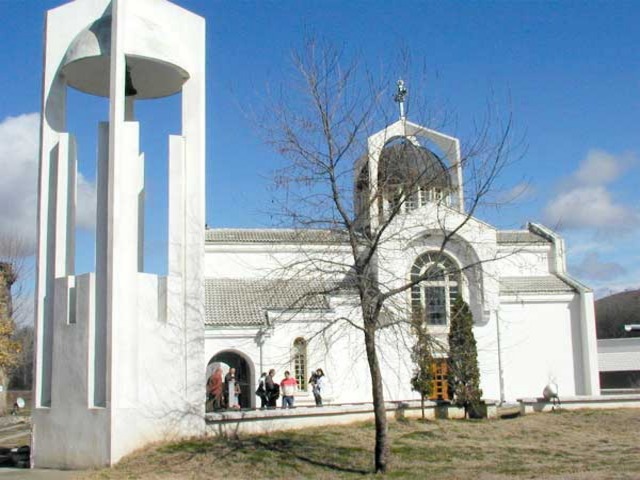 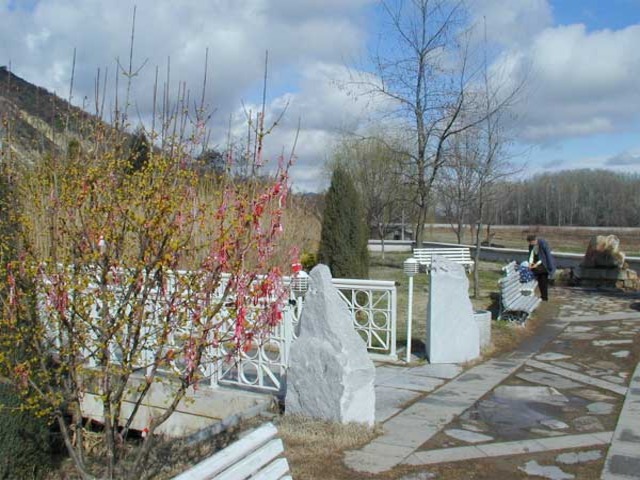 Rupite is a small mountainous protected area in the southeastern part Blagoevgrad Province, Bulgaria, 10-12 kilometres northeast of Petrich, on the right bank of the Struma River. It is best known as the place where the Bulgarian prophet Baba Vanga lived and was buried. The area is in fact the crater of an extinct volcano, its appearance being shaped by the volcanic hill of Kozhuh, the thermal springs and Pchelina Hill.

The landscape of Rupite is dominated by the eminence of Kozhuh ("fur coat", taking its name from its shape resembling a fur coat thrown on) situated to the west. Although it is only 281 m high, it rises like a high mountain in the low and flat Petrich Plain. The eminence, which is part of the outskirts of the extinct volcano, consists of three small summits, of which the middle one is the highest. Volcanic rocks and rock pyramids can be observed at the foot of Kozhuh. Due to the eminence's interesting origin (often called "the only volcano in Bulgaria") and the abundance of rare species of the Bulgarian flora and fauna, Kozhuh is a proclaimed natural landmark since 1962. Remains of an ancient Thracian town called Petra, founded in the last quarter of the 4th century BC, were discovered at the south-western food of Kozhuh.

Apart from the eminence, Rupite is also known for the curative hot springs issuing in the area, with a temperature of 71-78°C and an average discharge of 35 l/sec. The climate in Rupite is very specific, transitional between continental and Mediterranean and featuring hot dry summers and mild winters, which is one of the reasons for the variety of rare plant species, 13 of which endangered in Bulgaria. 201 bird species inhabit the area, including a number of species typical for the Mediterranean that are not present in other areas of the country. Almost all of the snake species that can be observed in Bulgaria can be found in Rupite, as well as four species of tortoises and other animals that prefer relatively high temperatures.

The Church of St Petka was constructed at a site chosen by Baba Vanga in 1992 and has since then become a place of worship for many people and a renowned tourist attraction. The icons were created by the noted artist Svetlin Rusev and were not generally approved by the Holy Synod of the Bulgarian Orthodox Church for being too realistic and not conforming to the canons. The house of Vanga can be seen nearby and a new monastery is being built.