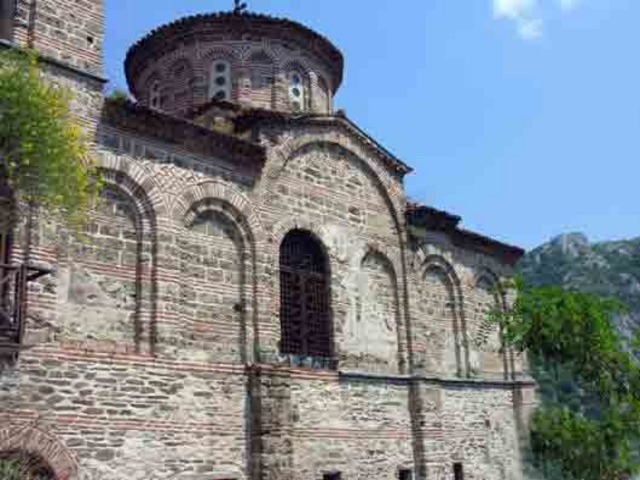 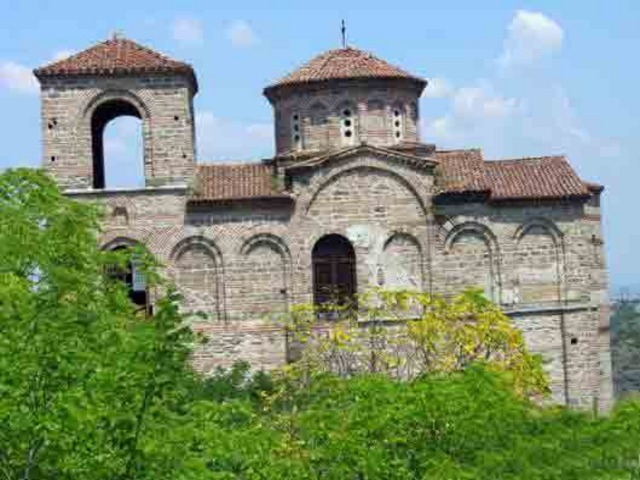 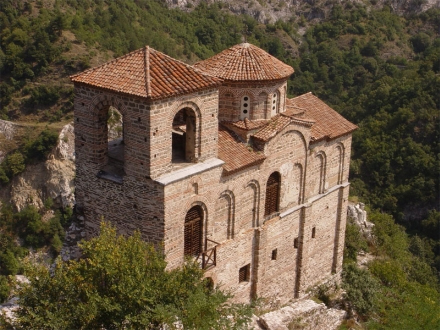 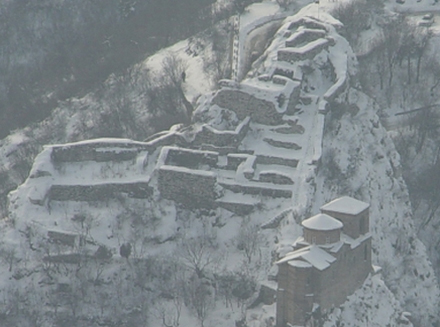 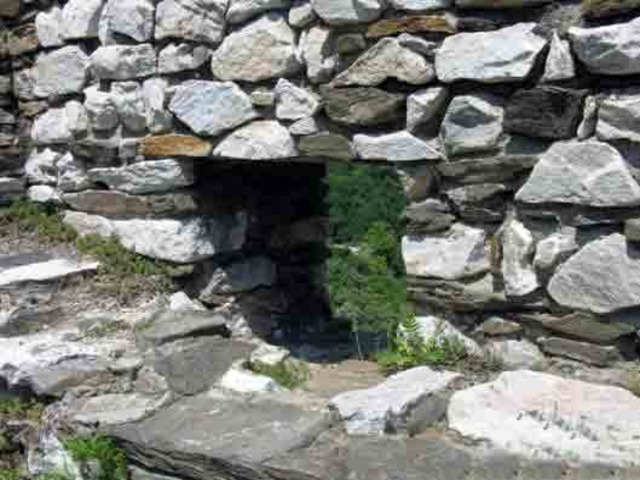 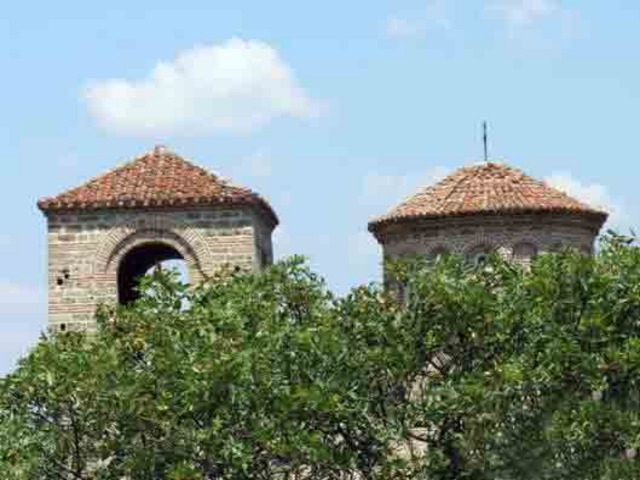 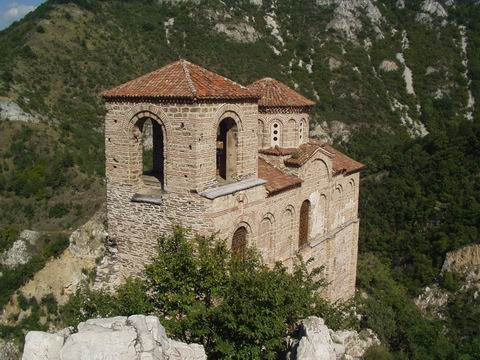 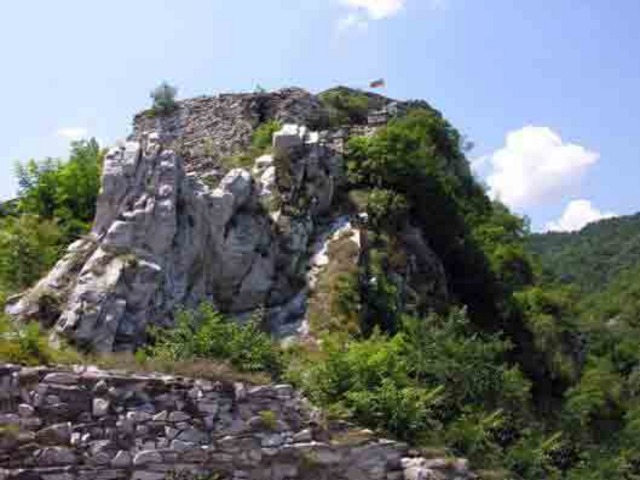 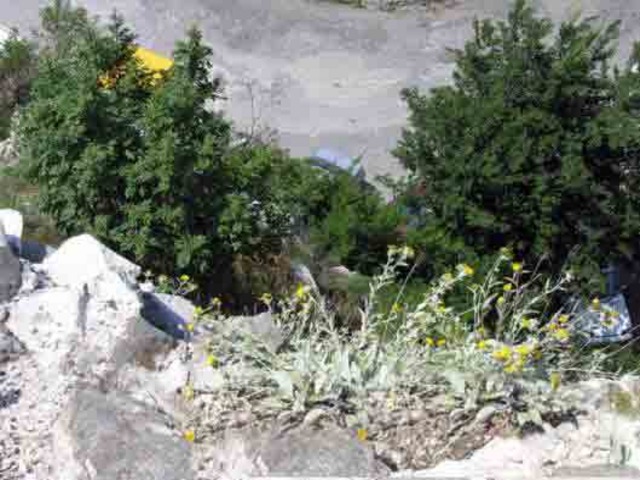 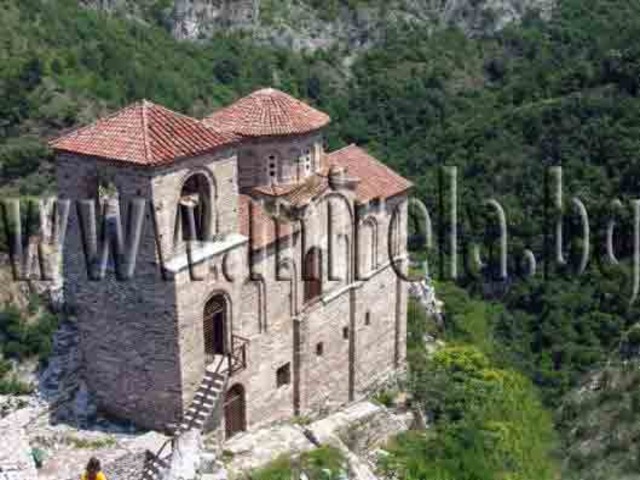 Asen's Fortress is situated 2 km away from Asenovgrad on a steep, rocky hillside, towering above the left bank of the Asenitsa River. In the past the fortress was known as Petrich, Stenimahos and Scribencion. In 1230 in connection with aggravated relations with the Latin empire King Ivan Asen the Second fortified and expanded the strong fortress of Stanimaka-Petrich. The act was celebrated with an inscription, carved above its entrance. This is the reason the fortress to be renamed Asen's Fortress, and the town of Stanimaka to be renamed Asenovgrad in 1934.
The position of the fortress itself makes an impression. It stands on a limestone rocky peak at the left waterside of the Asenitsa River, just at a place where the gorge of the river is suddenly narrowed in almost vertically rocky watersides. The rocky peak rises over 130 m above the town and more than 100 m above the river.
In the past the stronghold of Asenovgrad was often a guard for the Bulgarian national traits and for the Slav's culture in general. Because of its inaccessibility from the west side, also from the north and south, the fortress served as a means of natural protection. That's why it had a very important strategic meaning during the Middle Ages. The fortress had its significant role in our history.

According to the Statute of Bachkovo Monastery Asen's Fortress existed before the 11-th century.
The fortress was a Bulgarian possession during the reign of King Ivan Aleksandar.
With its locality and structure Asen's Fortress represents typically the construction of fortresses and fortifications in the period of the 11th-14th century.
It covers an area about 1,5 ha and gives an impression of a unique architectural structure. The steepest slopes are not protected with walls and on the south-west side, where the entrance originally was a high wall was built.
The fortress is situated on four terraces. Until now the archeological excavations specified some basic buildings in the citadel: a tower, a storage reservoir, a chapel.
The most important and the most preserved building is the church "Saint Mary Petrichka" ("The Holy Virgin of Petrich"). Every single fresco, every single detail of this temple has engraved the past and tells about it in its own language. This domed church is comparatively big, two-storied building 18 m in length. The narthex is overarched with cross arch. This is a rare element in church building at that time. Traces of wall-paintings were found on the walls. Relics like that are found in the arched bay in the south facade.
This church dates back from the 12-th century. It is declared as a cultural monument with national importance.
Asen's Fortress is one of the most interesting and often visited medieval monuments in Bulgaria. It is a symbol of Bulgaria and it is woven into the town crest.
Today, the church "Saint Mary Petrichka" is a marvelous monument of the Old-Bulgarian architecture. Because of that a large number of tourists visit this beautiful fortress.